The Townspeople, also known as the Mad family, are the once friendly inhabitants of the Sleeping Village. They were turned into madmen by the evil magic of Zarok.

In 1386, the townspeople of Gallows Town were possessed by Zarok's dark magic and robbed of their souls and free will. When Sir Dan arrived in town, he was warned by a local Information Gargoyle not to kill the villagers, as killing them would have drained the Chalice of Souls of its power. After Zarok's defeat, their souls were returned to them and they subsequently returned to normal.

Fighting the villagers is not an option if one hopes to collect the Chalice of Souls. Stunning them with the Daring Dash is the only way to temporarily incapacitate them without hurting them.

There are three types of townspeople:

Mr. Mad is the husband of Mrs. Mad and father of Nellie Mad. Possessed by Zarok's magic, he attacks with his axe. While he is mostly found inside some buildings (the library and the Troll's Head pub to be exact), he can be also encountered in the pond area.

Mrs. Mad is the wife of Mr. Mad and mother of Nellie Mad. Under control by Zarok's magic, she attacks with her frying pan. She is only encountered inside the town buildings.

Nellie Mad is the daughter of Mr. and Mrs. Mad. Along with her parents, Nellie is possessed by Zarok's magic and uses a sharp axe as her weapon. She is only encountered on the streets but will disappear upon the arrival of Boiler Guards after obtaining the Landlord's Bust.

Another inhabitant of Gallows Town called Uncle Mad was going to appear in MediEvil. Although he appears in the MediEvil Rolling Demo, he was removed before the final game release.[2] 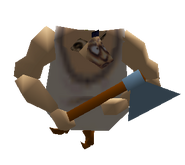 Mr. Mad from the original MediEvil. 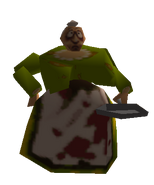 Mrs. Mad from the original MediEvil.

Nellie Mad from the original MediEvil. 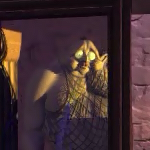 Mr. Mad in the IntroAV FMV. 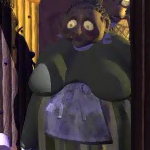 Mrs. Mad in the IntroAV FMV. 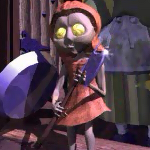 Nellie Mad in the IntroAV. 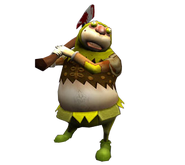 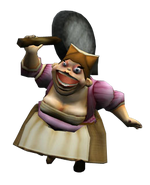 Nellie Mad as a target from the mini game Arrow o' Fate. 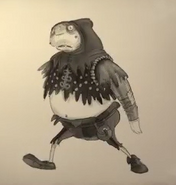 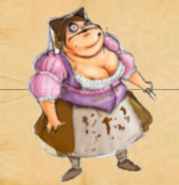