The Time Device (時計仕掛けの城, Tokei shikake no shiro?) is the twenty-first level of MediEvil. It was not remade in MediEvil: Resurrection. 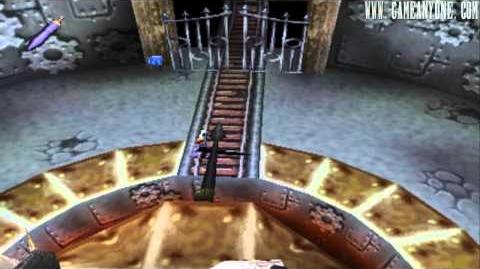 This metal keep houses the magical chariot that Zarok calls his Train. The path it runs along leads eventually to Zarok's Lair, however your route is blocked by gates controlled at various way stations. Travel to these on the Train, open the gates and head for the Lair.

Retrieved from "https://gallowmere.fandom.com/wiki/The_Time_Device?oldid=32549"
Community content is available under CC-BY-SA unless otherwise noted.