The Time Machine, the Ripper

Wikipedia also has an article on
The Ripper

The notorious murderer known as The Ripper is a boss from MediEvil 2. He is fought in The Time Machine, the Ripper level.

He is first encountered at the end of Whitechapel, when Dan is searching for Kiya. Sir Dan finds Kiya crawling away from The Ripper, but before he is able to reach her, The Ripper stabs her with his claws and flees the scene. Daniel then retreats to the sewers to mourn Kiya's death, where he discovers the poster for a Time Machine prototype made by the Professor. He is able to reassemble the machine and reaches Kiya before she's killed. Dan distracts The Ripper, who goes after him instead of Kiya - their battle then begins.

After defeat, The Ripper begs Daniel for mercy. Daniel ignores him, however, and kills him with a single shot from his pistol.

Most likely mutated because of the Spell of Eternal Darkness, he appears as a monstrous beast with sharp, fearsome claws, wearing a top hat, remains of a brown jacket and grey pants. He's fast and deals a lot of damage, and can rain some sort of energy. He is only vulnerable when he drops his guard in order to suck the life out of Kiya. 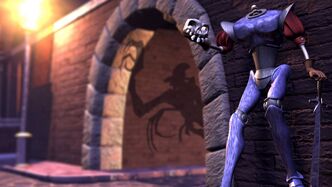 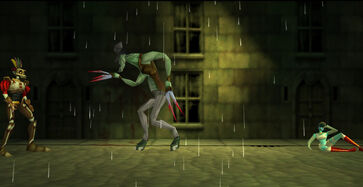