The Time Machine, the Ripper

The Super Armour is an armour from MediEvil 2 and the remake of MediEvil.

The Super Armour is unintentionally created after Dan defeats Jack the Ripper: upon saving Kiya, the Dan from the past shakes hands with the Dan from the future, resulting in the two instantly merging into one and creating the armour in the process. The Spiv can repair the armour once its protection wears out. Repairing the armour costs 150G. It functions similarly to a Life Bottle, providing Dan with an additional 300HP.

The Super Armour was made available as part of the Digital Deluxe Edition of the remake. Wearing the armour provides a 10% increase in value to all collected treasure and also increases the prices at Merchant Gargoyles by 10%.[a] Wearing it can be useful when trying to obtain the Sir Moneybags trophy.

The Super Armour was available as a pre-order bonus costume for Dan to wear in PlayStation All-Stars Battle Royale. It was later made available for purchase as part of the Costume Super Pack along with all the other pre-order costumes, the Heroes Costume Pack with costumes for Nathan Drake, Sackgirl and Cole MacGrath as well as a standalone purchase.[1] 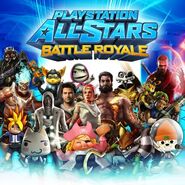 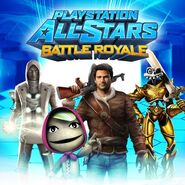 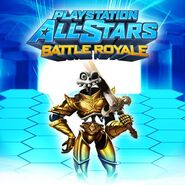 ^[a] The prices displayed in the Merchant Gargoyle store do not show the 10% increase, but it is charged when actually buying an item.