The Stone Golems were part of the castle security during the time of King Peregrin. They still inhabit the Haunted Ruins of the king's castle a hundred years later.

The Stone Golems are brought to life once the lava behind the floodgates is released. Sir Dan has to defeat them before he escapes the collapsing castle. Like the Armoured Knights, they are not vulnerable to weapons and can be only pushed. The most effective ways to push them off are the Daring Dash or the Dragon Armour's fire breath. 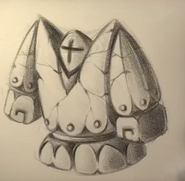 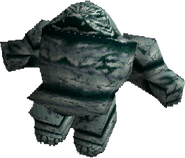 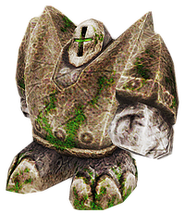 Retrieved from "https://gallowmere.fandom.com/wiki/Stone_Golems?oldid=34255"
Community content is available under CC-BY-SA unless otherwise noted.