The Time Device is the twenty-first level in MediEvil. Routes for each category are included under the sections below:

This loop was formerly the hardest loop in the game. The old method is still valid, but is fairly inconsistent (and also slower). There was an effort within the community to try and make some of the tricks easier to perform so that runs of the game wouldn't die 5 minutes before the end of the run and so more people could be encouraged to pick up the game (which is fairly difficult to run). Credit goes to Crash41596 for finding this method.

The main difference between the old loop and this loop is that you MUST use the analogue stick to perform it. The d-pad is obviously limited to static directions - up, down, left, right. The directions you move in this case require you to be between down and down left - hence the analogue stick is required. The start of the loop is the same as the old method. Jump out of bounds on the right side of the walkway from where you start and wait 'till the camera sort of makes a sudden movement (you will know this when you see it) and then close the inventory whilst holding circle and up-right. When you get to the gate at the exit trigger all you need to do now is hold the analogue stick between down and down left and you will get the loop. You will probably need to experiment with this a few times to get it right - if you hold too far down and not enough left you will be moved down the track and below the train - if you hold too far to the left and not enough down you will be transported back towards where you looped from at the start of the level. 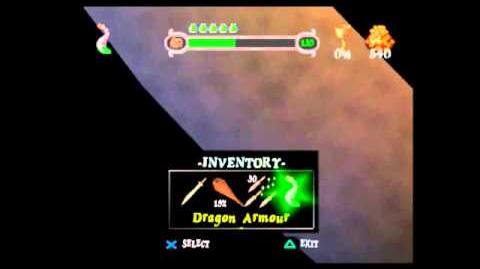 This loop is probably the hardest in the game, because it is the most inconsistent. I'd advise watching the video to understand what is going on.

The start of the loop is easy. When you begin the level, walk to the edge and use the inventory glitch to fall out of bounds. I died in the video above, during the first attempt. This is because I closed the inventory too soon and was still "in-bounds", so the death triggers still killed me. When you see the camera sort of suddenly move, close the inventory and hold

and diagonal up-right. Keep these button inputs held until you appear at the gate with the exit trigger.

This is the hard part of the loop now - actually landing in the level trigger. There were two methods for this. The older method was to just to spin in circles below the exit trigger, causing you to land in it. This method is kind of difficult and pretty inconsistent. The other method is to hold down once you appear at the gate/exit trigger. Eventually you will see the camera move very slightly and you will start moving rapidly downwards towards the train. At this point, you want to start spinning in circles - by this I mean you need to hit the d-pad in every direction in a circle i.e. up, up-left, left, down-left, down, down-right, right, up-right etc. You need to do this pretty fast as well. As you do this, you will start to get pushed up the tracks and then will land in the exit trigger.

The route is the same as the 100% and Max% categories, though all enemies are ignored.

The level loop is not used, as the chalice needs to be collected.

Retrieved from "https://gallowmere.fandom.com/wiki/Speedrunning:The_Time_Device?oldid=26924"
Community content is available under CC-BY-SA unless otherwise noted.