The Sony ECTS 1997 PlayStation Press Pack was a six CD-ROM pack containing a variety of press releases and multimedia produced for the 1997 European Computer Trade Show. Disc 5 of the pack contains a section dedicated to MediEvil.

LONDON, September 1997 -- Sony Computer Entertainment Europe announced that gamers across Europe will be introduced to the eagerly anticipated, blackly humorous world of Medievil, a 3D action adventure/platform game developed by the British based Millennium.

Gamers have 30 graphically unique, free-roaming 3D levels to explore, combining shoot-em-up action with exploration and puzzle solving. Players assume the role of Sir Daniel Fortesque - a quirky, skeletal hero. Sir Daniel must track down and defeat the evil sorcerer Zarok and the crazed victims of his magic, reanimated zombies and shadowy creatures from other dimensions before he can return to his grave and rest in peace.

Players are given the chance to find up to 14 different weapons such as daggers, swords, spears, lightening[sic] bolts, chicken drumsticks (!), and potions ranging from invulnerability or weapon power-ups to the more potent forms such as the Fire Breathing Dragon Potion. Gamers must confront up to 55 different enemies and 7 end of level bosses before the final show-down with Sir Dan’s nemesis, the fiendish Zarok.

13 full motion video sequences further the game’s story-line, add humour and act as a reward for progression and can be found throughout the game at strategic points. The game uses a dynamic programme controlled camera which permits a wide variety of game views and ensures that the player is able to concentrate on game-play rather than camera control. Careful level design and tuning ensures that the player retains full 3D freedom of movement at all times.

Anil Malhotra, Millennium Interactive's Business Development Director, comments, "In common with all developers, we concentrate on a handful of high quality titles each year and design them to take full advantage of the most powerful games systems. The PlayStation meets all of our criteria and backed by Sony's publishing power we know that Medievil will become one of the most talked-about games this year.

Chris Deering, President of Sony Computer Entertainment Europe added, - " We are very excited by the launch of Medievil which is a world-class product. Millennium Interactive have impressed us from an early stage with their dedication and expertise on PlayStation."

Medievil utilises PlayStation technology to the maximum with a unique real-time 3D feel, searing lighting, transparency and polygon effects. Medievil is a true gamers game with over 40 hours of spooky, kooky game-play.

Sony Computer Entertainment Europe is responsible for the distribution and software development for the PlayStation™, the ony[sic] world’s number one selling (CD-based) video game system and has offices around Europe, the Middle East, Australia and New Zealand promoting the PlayStation™and its software to a total of 42 territories.

In a time of Darkness, an evil sorcerer executes the darkest of plans. The fiendish Zarok has sealed the world in eternal night and turned peaceful folk into crazed madmen. His evil magic has summoned shadowy demons from beyond and risen the dead from their stoney graves.

Deep in the bowels of a dark, long-forgotten crypt a once-celebrated knight awakens. Sir Daniel Fortesque has returned from the "Undiscovered Country". With his battle-worn broadsword gripped tightly in his skeletal hand, he is resolved to one fate - he must defeat the massing forces of evil before he can return to his grave and rest in peace ...

A crazed sorcerer, named Zarok is spreading evil through a peaceful Medieval land. He has cast a spell that has locked the land in night-time, its inhabitants in sleep, and has travelled through the towns collecting magical energy from their inhabitants’ slumbering minds. The power of this energy is so great that it has left a trail of magical energy across the countryside. As this has seeped into the ground, it has touched long-dead bodies and filled them with new life! One such revived skeleton is the game’s hero, a decayed knight named Sir Daniel Fortesque.

At the start of the game we Sir Daniel[sic] him staggering from his crypt, and setting forth (under the player’s control) to track down and defeat Zarok so that he can return to his grave in peace. Evil characters fill Dan’s world - a mixture of reanimated zombies, the insane victims of Zarok’s magic, and the shadowy creatures that the sorcerer is summoning from another dimension!

As the game progresses, Dan’s quest leads him through the darkened, warped world that Zarok has created. From his earthy origin, Dan battles through eerie vaults, mutated farmlands, dark caves, a quaint but insanity filled village, an ancient battle-ground, and the bizarre grounds of a sinister Asylum. Following a headlong charge through a misty wood, Dan is snatched from the claws of death by a huge bird, and dropped high in the clouds onto the deck of a ghostly galleon. When the ship finally docks at the gates of Zarok’s mountain-top castle, Dan’s pursuit of the sorcerer takes leads him inside, and downwards into the heart of the mountain and the demonic city within.

Medievil has 30 levels, each with its own unique graphical form. Throughout the levels the player encounters a number of ‘guardian’ characters. Typically either large demons or monsters, some appear in specific arenas, others must be combated within larger playing areas containing further challenges.

Each game section starts where the previous left off. Each ends with Dan reaching, and running through some form of archway, door, or portal. At times such as section-completion, the hero is briefly placed under game-control as he runs through the portal, the next section loads, and he runs out into the new area.

In two game sections, the player doesn’t control Dan, but instead must lead Dan’s tiny side-kick, Morten the Earth-Worm, off on sub-missions. These sections can be seen as light-relief from the rest of the game, and both play as 2d platform games, albeit viewed using the game’s 3d engine.

When a game area is complete, and in a few significant places mid-section (such as the introduction of Morten), there are rendered intermissions that further the game’s storyline, allow for more humour, and act as a reward for progression. Sequences can of course be skipped once their novelty has worn off!

Different weapons have different strengths and weaknesses - some very powerful, others virtually useless (e.g. chicken drumsticks). Since Dan can only carry one weapon at a time, choosing the correct weapon for each part of the game is an important strategic consideration that the player must make.

Also found throughout the game are a number of different potions. These range from invulnerability or weapon power-ups through to more potent forms such as those which turn Dan into a fire-breathing dragon for a short length of time!

Chris Deering, President of Sony Computer Entertainment Europe (SCEE) commented, "We are very excited by this opportunity. The teams have impressed us from an early stage with their dedication and expertise on PlayStation and we believe that this acquisition will ensure that European PlayStation game development keeps on going from strength to strength."

Millennium was founded in 1989 and quickly earned a reputation for producing "pure-play" games with high quality graphics, challenging strategy and exciting gameplay. Its founders Michael Hayward and Ian Saunter master-minded the company’s growth, spearheading worldwide licensing and business development. Recognising the need to adopt new technologies, Millennium Interactive kept ahead of the field, continuously producing hit titles in a variety of computer and video console platforms.

The company is currently developing the hotly anticipated action adventure Medievil, which will be exclusive to the PlayStation. Beast Wars and Frogger are also being developed for Hasbro Interactive. The development teams are continuing to work out of Cambridge - a total of 52 people, including Ian Saunter, will work closely with SCEE on these and further games.

Michael Hayward will focus on his company CyberLife Technology Ltd. Committed to artificial life research, the company has already produced Creatures – a ground-breaking entertainment PC title which has captured the imagination of the general public and won critical acclaim from scientists worldwide. CyberLife Technology Ltd (CTL) will continue to develop complete, artificial organisms in software. It will work closely with SCEE on research and development for videogame applications.

"We are very positive about this agreement. This will allow us to concentrate on our artificial life research. SCEE are an immense force in the videogame industry – their structure and investment can only raise the high standards we have already set," said Michael Hayward, CyberLife’s MD.

Sony Computer Entertainment Europe is responsible for sales, marketing, distribution and software development for the PlayStation™, the world’s number one selling (CD-based) video game system and has offices around Europe, the Middle East, Australia and New Zealand promoting the PlayStation™and its software to a total of 42 territories. 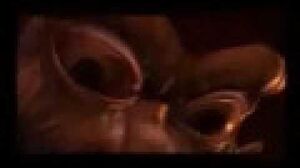