Pirate Officers each command a group of pirates who constantly attack Sir Dan. The officers also attack him, throwing their hooks and slashing with them when in close proximity to him.

Once the officer is defeated, the pirates under him perish as well, leaving nothing behind. 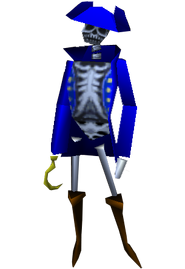 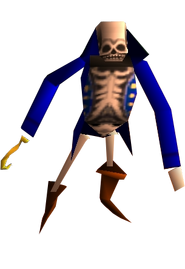 As they appear in the MediEvil Rolling Demo. 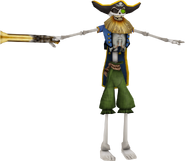 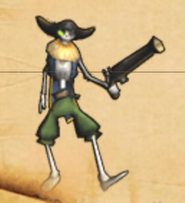 Retrieved from "https://gallowmere.fandom.com/wiki/Pirate_Officers?oldid=33954"
Community content is available under CC-BY-SA unless otherwise noted.