The MediEvil Japanese Demo is a demo version of MediEvil released exclusively in Japan in April 1999. It is the shortest of all the MediEvil demos, featuring only two levels from the game: Cemetery Hill and The Hilltop Mausoleum. It is based on the Japanese version of the game and thus includes the Helmet. 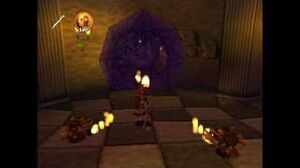 The demo only has one known release:

Retrieved from "https://gallowmere.fandom.com/wiki/MediEvil_Japanese_Demo?oldid=32194"
Community content is available under CC-BY-SA unless otherwise noted.