MediEvil Japanese Demo
The MediEvil Demo is a demo version of MediEvil first released in 1998 around the full game's release window. This is the most common demo version of the game as it was released on countless demo discs. It features the first four levels of MediEvil and ends just before the boss fight against the Stained Glass Demon. 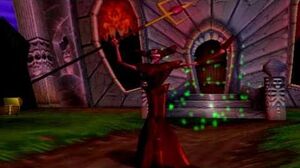 The demo appears on the following demo discs alongside other demos:

Some standalone versions of the demo were also released:

CD.
Add a photo to this gallery
Retrieved from "https://gallowmere.fandom.com/wiki/MediEvil_Demo?oldid=32195"
Community content is available under CC-BY-SA unless otherwise noted.