The Return of the Laughing Dead.
The gothic journey to die for.

MediEvil: Resurrection
MediEvil 2 (stylised as MediEvil II in North America) is an action-adventure video game and the second installment in the MediEvil series. It's a sequel to MediEvil, taking place 500 years after the game's events. It was released on April 21, 2000 in Europe and May 9, 2000 in North America.

MediEvil 2 contains several of the original forms of gameplay, weaponry and graphics that were present in the first title of the series. Whilst featuring many of the classic swords and other medieval weaponry, long range weapons are more modern, taking the form of pistols, shotguns and a Gatling gun. Progress through the game is a bit more linear and story driven.

In 1886, 500 years after Sir Daniel Fortesque's climactic battle against the evil sorcerer Zarok, Lord Palethorn discovers some of the pages of Zarok's spell book and casts the Spell of Eternal Darkness over the city of London. However, Palethorn needs the final pages of the spell book to fully control the monsters he has spawned. The spell Palethorn casts once again brings Sir Dan, who was resting at a nearby museum, back to life. He is recruited by a professor named Hamilton Kift and his ghostly sidekick Winston to recover the missing pages of Zarok's spellbook and put a stop to Palethorn's plans. Along the way, they end up being joined by an ancient mummy princess named Kiya, whom Dan falls in love with.

When Kiya goes to Whitechapel alone to investigate psychic disturbances there, she is killed by Jack the Ripper. Broken-hearted, Dan abandons the quest against Palethorn and wanders into London's sewers, where he encounters the Mullocks, who worship him as a God, and discovers a time machine that Kift had built years earlier. Collecting the parts to rebuild the time machine, Dan travels back in time to defeat Jack and save Kiya. Jack pleads with Dan to be spared, but he mercilessly shoots him dead. Dan then merges with his past self to resolve the paradox and gains Super Armour, and returns to the battle. Dan collects the final page of the spell book and confronts Palethorn, who steals the page from him and offers Dan the choice of joining him, which Dan refuses. Palethorn then assigns his two assistants, Mander and Dogman, to stop Dan from following him, but both are killed. Dan then goes after Palethorn. Palethorn uses the spell book to summon a large blue demon. Dan manages to turn the demon against Palethorn, putting a stop to both of them. With his last breath, Palethorn drops a time bomb in a last-ditch effort to kill Dan, destroying his lair in the process.

After the success of the first MediEvil, Sony Computer Entertainment commissioned SCE Cambridge to develop a sequel that would be released before the end of the PlayStation's lifespan. Work on the game began as early as October 1998.[8] Chris Sorrell, who previously served as the director of the first game, chose to focus on developing a new title for the PlayStation 2 instead, so the project was handed over to James Shepherd. Sorrell had a few meetings with Shepherd where he passed on some of his ideas for the game, such as setting the game in the Victorian era and using Sir Henry Fortesque, a more recently deceased descendant of Sir Dan's, as the game's protagonist. Shepherd used some of Sorrell's ideas while replacing others with his own.[9]

According to Jason Wilson, the game's lead artist, an early draft of the game's plot had previous antagonist Zarok being held prisoner in the Tower of London. Sir Daniel Fortesque's objective would have been to free him. The two of them would have had to work together in an uneasy alliance against an evil cult who would be using Zarok's spell book to resurrect the dead.[10]

During development, the Cambridge studio re-coded a majority of its core technology to ensure the sequel was "as good as possible," which Shepherd considered arguably similar to "starting from scratch."[11] Various features that were not implemented into the first game were added into MediEvil 2, like additional playable characters created by utilising Dan's skeletal form.[11] 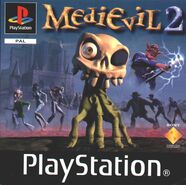 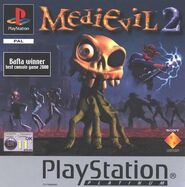 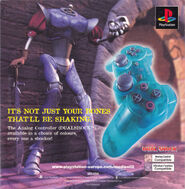 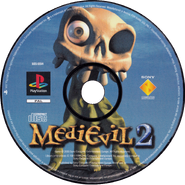 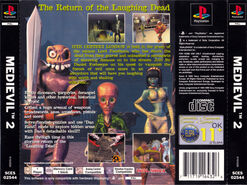 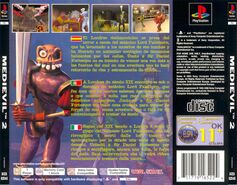 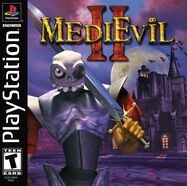 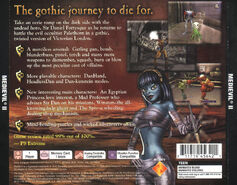 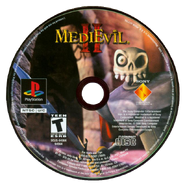 The game received good reviews from critics, with an 79.47% aggregate rating at Game Rankings.[14] The game was criticized by reviewers for its bad camera angles at points, difficulty and for sometimes being confusing, but was praised for its humor and approachability, among other things. IGN gave the game a score of 8.4, stating that the game "is clever, sick, and funny" and better than the first.[18] Gamespot gave it a 7.6, praising the content and features while criticising the camera.[17]

Chris Sorrell, the director of the first game, had this to say about the game: "Overall I liked most of what they came up with for M2, although I disliked the squeaky voiced helper ghost, and definitely in places the game's humour crossed a line for me from the silly/bawdy tone we had in M1 to something a little too puerile for my liking! I would also have definitely kept the Hall of Heroes since I always thought that was one of the more distinctive presentational mechanics we created in M1, oh and Dan's voice was *horrible* - incoherent mumbling was a far better way to go!" 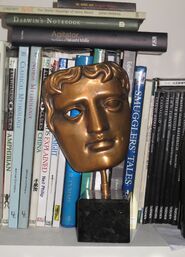 The BAFTA is currently in Jason Wilson's possession. 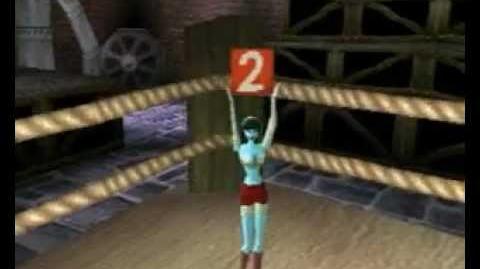 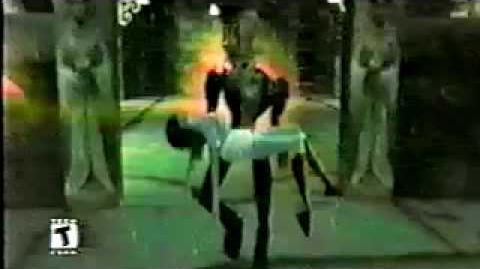