The Hilltop Mausoleum, the Crystal Caves, the Entrance Hall (shielded)

Imps are a race of clever, troublesome and thieving pig-like creatures. Although Imps initially served the people of Gallowmere as their household servants, they eventually rebelled in 1286 by joining forces with the evil sorcerer Zarok during the Battle of Gallowmere. They continued to serve Zarok until his defeat in 1386 and continued to exist as a race up to at least the late 19th century where some Imps were part of a freakshow in London.

Back in King Peregrin's day, Imps were often kept as household servants. Sadly, those were cruel times, and many Imps were treated very poorly by their masters.

On the morning of the Battle of Gallowmere, every last one of King Peregrin's men awoke to find his House Imp gone, and along with them, every last undergarment in the kingdom. Never before had an army's charge been so devastatingly broken before battle had even begun![1]

By 1386, Imps were still serving as Zarok's minions. They occupied the Hilltop Mausoleum, Scarecrow Fields, the Crystal Caves and the Entrance Hall. They generally preferred to use torches for weapons, though some were more keen on keeping their hands empty so that they could steal the weapons of questing adventurers which they would then sell to Merchant Gargoyles for a profit. A few of the Imps that kept watch over Zarok's castle dabbled in his spell book and used it to create magical shields making them impervious to projectiles. Many Imps under Zarok were slaughtered by Sir Daniel Fortesque during his quest to defeat the evil sorcerer.

In 1886, some Imps were a part of a London freakshow. When the freakshow's Ringmaster went missing however, the Imps started going crazy and began building an army of elephant bots to storm the city with. Their efforts were thankfully foiled by the resurrected Hero of Gallowmere Sir Daniel Fortesque. A few Imps later appeared at the boxing match between Dankenstein and the Iron Slugger where they tried to hinder Dankenstein by tossing his lost limbs around outside the boxing ring.

Imps are generally not difficult enemies to dispatch. A few swings from one of Dan's swords or a blunt weapon like the Club or Hammer should finish them off fairly quickly. One only needs to be careful around their thieving variant who can carry Dan's weapon away and sell it off to a Merchant Gargoyle. One should also avoid using ranged weapons against the Imps in The Entrance Hall as they are magically shielded against projectiles. 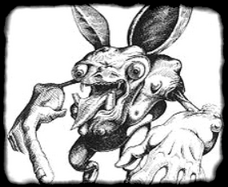 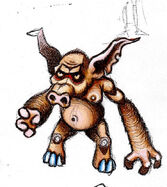 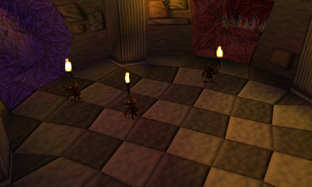 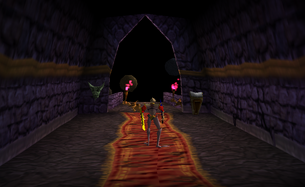 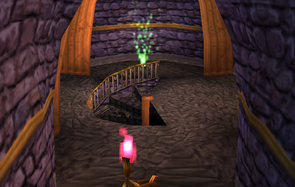 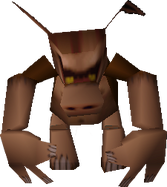 Retrieved from "https://gallowmere.fandom.com/wiki/Imps?oldid=34342"
Community content is available under CC-BY-SA unless otherwise noted.