Head Bangers, also known as Straight-Jacketed Crazies are the mad patients of the Asylum.

Since the disappearance of the Head Monk of the Asylum, the patients have been left to run amok. As they get in his way, Sir Daniel Fortesque is forced to kill them.

The asylum patients are insane enemies that run around while laughing, trying to hit Dan with their own heads. They can be easily defeated with a hammer or club. 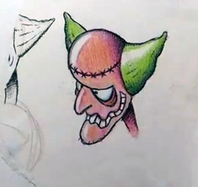 Retrieved from "https://gallowmere.fandom.com/wiki/Head_Bangers?oldid=33322"
Community content is available under CC-BY-SA unless otherwise noted.