In 1386, he defeated Zarok. In 1886, he defeated Lord Palethorn. Now he is back from the dead once again, brought back by the power of nightmare fuel! He needs to prove his bravery for a third time and conquer Maxwell!

The mod also adds new items for Dan. He can craft them through the Gargoyle Tab. 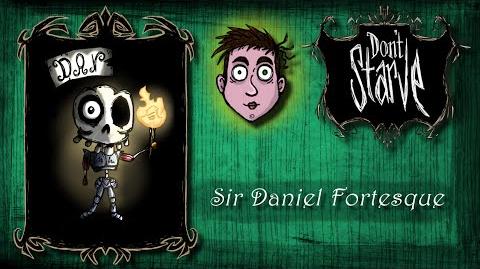 Retrieved from "https://gallowmere.fandom.com/wiki/Fan:Sir_Daniel_Fortesque_(Don%27t_Starve)?oldid=32409"
Community content is available under CC-BY-SA unless otherwise noted.