It features Sir Daniel Fortesque as a guest character, but only in the European and American versions of the game.

While the game is very similar to the original, it does bring some slight improvements. Like in the first game, there are several characters to choose from, and many more to be unlocked throughout the game. Each character has his or her own strengths and weaknesses, making character selection more than just choosing a skin. The character models themselves are more realistic looking as opposed to the big-headed anime style of the original. Again, there are several different modes of play, from standards like Stroke, Match, and Tournament play, to the versus, through which new characters can be unlocked. Gameplay itself is a version of the standard '3 click' variety used by the majority of golf games.

There are 13 playable characters in the game: 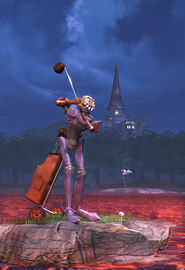 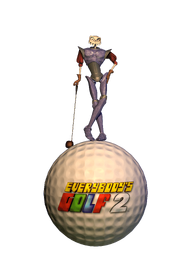 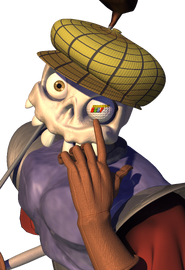 Retrieved from "https://gallowmere.fandom.com/wiki/Everybody%27s_Golf_2?oldid=35206"
Community content is available under CC-BY-SA unless otherwise noted.