Cemetery Hill is the third level in MediEvil and its remake. Zarok is first met here as he exits the Hilltop Mausoleum (he has met with its master by now). Upon looking to the bottom of the hill, he finds Sir Dan in pursuit and erects two boulder-hurling gargoyle statues to slow his progress. At the base of the hill lies an ancient witches' coven.

To make the boulder problem easier, that should be the first priority. But first, notice the first book.

Continue on and head for the archway to the left. You will see a pool of lava. Falling into the lava will drain your life meter. Carefully walk past the pool of lava and start up the path.

If you start on this path early, there will be no boulders on it yet, but they come soon enough. Coming here quickly gives you a little head start on them. The boulders you saw before will roll down this path and fall into the pool of lava. You will see steps in places. You can duck in those areas to hide from the tan boulders and you can jump up the steps to move higher. Be careful as the orange boulders may fall down those steps. You can jump over the boulders, but sometimes the tan ones come in pairs which means the second one is more likely to hit you. Your Copper Shield can protect you, but it also can break. Be careful not to fall off of the sides of the path and into the void as that will drain what is in your life meter.

I prefer to rush up this path as fast as possible with a lot of running and jumping. There are items that could be considered to be helpful for this along the way, but I make it through with far less damage if I just ignore them for now and pick them up when it is safe to do so.

As you start, stay next to the fence as you will be safe there. (That is more of a concern if the boulders are already at that point.) Cross over to the first steps you see cut into the hill. The orange boulders do not fall down here, so this is a safe place to wait. Jump up the steps and go to the right. When going from steps to steps, run, press up against the wall, and jump as the boulders come. Make your way to the next steps. Jump up them and go to the right a tiny bit and jump up those steps. Then, go to the left. Jump up the next set of steps and then go to the right. Ignore the chest for now. Go up the next steps and go to the left. You come to the last set of steps. Once up them, just walk to the two statues which are causing this mess. They will self-destruct and your boulder problem is over.

The exit is here, but do not leave yet. To the right is a Fountain of Rejuvenation. To the left is a Chest of Gold. Also, read the second book here.

Walk down the path. Feel free to drop down to lower levels to make the trip faster. At the pool of lava, go to the right and up the steps. Go to the left all the way to the corner, where a chest is located, and then drop down the slope. Explore this area. In the chest, you will find a Club. Read the third book.

There is a percentage with the Club. This tells you how much Club you have left before it will break. The

button aids you in setting things and enemies on fire if the Club is lit. To light the club, just stand with the tip of the Club within a fire, such as a camp fire.

Walk over to the three boulders which block the way out and smash one with your Club. Then equip your Small Sword from your inventory.

With the pool of lava to the left and the archway where you smashed a boulder behind you, go to the right. You will see a chest with a skull and crossbones on it. Hit it at your own risk. It is a smart bomb. If you do hit it, get away from it before it explodes. Bombs will hurt your enemies too. Be careful not to walk on the campfire. Hidden off in a corner you can find a Merchant Gargoyle and an Energy Vial.

Return to the pool of lava, so it is to the left, and go forward through the arch.

Continue forward and through another arch. You will see a fire. Do not walk into the campfire as it will hurt you. You will see a doorway blocked by a boulder. Get the moneybag there. Read the fourth book.

Use the Club to break the boulder. Equip the Small Sword again and enter. Talk to the Information Gargoyle in the first room.

In the second room, you should see a bookcase in the upper right. Hit it with the Club to reveal a hidden room. In the room, read the fifth book.

There is a fire in this room. Stand with the tip of the Club in the fire to light it. Then, leave the room. In the second room, go up the stairs and enter the room of cells.

The light is not lit in this room. Press

to hold out the Club over the structure in the center of the room to light it with the Club. If the fire on your Club has gone out, you will need to return to the hidden room to light it again.

Take care as many monsters will rush out at you. There are items you can now take from the cells: a Cooper Shield, a Witch Talisman, a Chest of Gold, the Chalice, and an Energy Vial. You cannot use the Witch Talisman in this level.

Walk back to the lava pool and start up the path. Collect the items on the path leading to the top of Cemetery Hill.

The statue the Information Gargoyle is referring to is the first one on the right.
Talk to Canny Tim again to get a Life Bottle.

It is said that Zarok's preoccupation with necromancy stems from an obsession to resurrect his childhood puppy.

Let's just reflect for a moment: isn't that just tragic? All this poor, troubled soul has ever wanted is to command the forces of darkness, enslave mankind, and play ball one last time with dear old Mr Snuffy.

These guardian gargoyles aren't much for conversation. And don't ask to hear their singing voice - unless you're into rock and roll. Badum-tish!

128 Zarok:
So, even from the shackles of death my old enemy pursues me!
You're too late Fortesque - already my army has risen from the grave!
You will never leave this necropolis... Ha, ha, ha!

82 Information Gargoyle:
Cough! Splutter! Aaah - fresh air!
We hates these dark old caves and their filthy stench of old witches. A coven of the nasty old hags lived here once - unholy fires burning all night while they brewed up unspeakable muck in their cauldrons. They moved on years back but the smell still makes our eyes sting.

124 Gargoyles:
We have failed the Master! We give our lives!

Some obstructions can be smashed down with clubs and certain other weapons, try experimenting.

The club is a crude, but effective weapon. Bash with it! Burn with it! But beware, one bash too many and it will break.

Of great archaeological Interest. Destroy the boulder and plunder the valuable treasures within.

Book 4 - A GUIDE TO COVENS - for Witches and Witchcraft enthusiasts

A Witches Coven would reach the height of its power only when all of their Sacred Flames were alight.
Witches have been known to offer help to the questing adventurer, yet they are a reclusive people and have to be summoned by the aid of mystic Charms or Talismans.
Let it be known that help from a Witch is rarely given freely, and the Witch will more often than not make a request of the adventurer before any such help is given.
If seeking to summon a Witch, remember that they are quite territorial. Any signs of previous Witch activity in an area is good indication that a Witch can be called upon.

The adventurer would be wise to be thorough in the exploration of an area. Hidden locations reap great rewards. 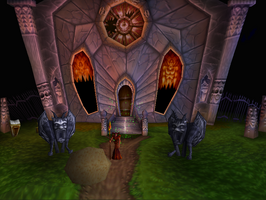 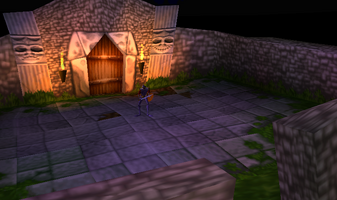 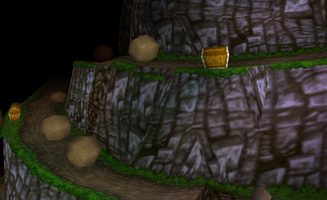 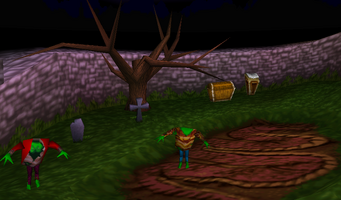 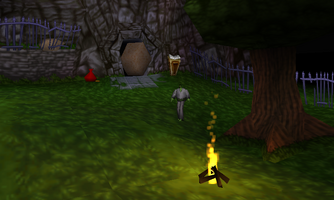 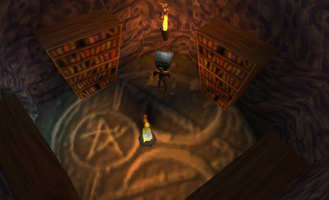 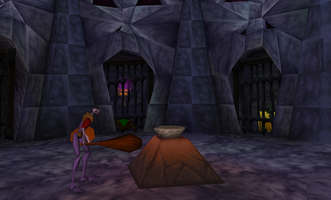 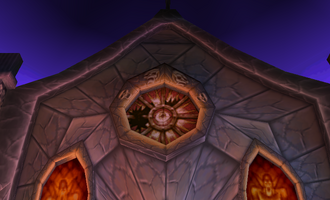